Short Round: “What is Sankara?” 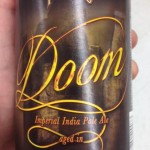 It was a beautiful Friday evening in southeast Michigan as I entered a local grocery store on a special covert mission.  I had it on good authority that this particular location had received a unique beer specimen.

Having unsuccessfully attempted to obtain the specimen at my favorite beer store, I was slightly desperate.  Ok I was very desperate, but I couldn’t let that show.  I knew THIS store had the goods – the question was how many others knew it before me?

I calmly walked to the customer service desk and asked to talk to the manager.  As a twenty-something and slightly-disheveled male store employee approached me, I expected to be informed that there was no manager on duty.  You can imagine my dismay when I discovered on his nametag that HE was the manager.  A slight setback?  Yes.  Insurmountable?  No.

I’d come too far to turn back now.

As I informed the young lad that they had a particular beer in their backroom and that I wanted to purchase some, a puzzled look came over his face.  We then engaged in the following conversation:

Manager: “Never heard of it.  You sure we have it?”

Manager: “How do you know?”

Needless to say, we weren’t off to a good start here.  But I had the utmost confidence that although this manager didn’t know what I was talking about, he would walk into the backroom, see the beer waiting there (exactly as I’d said he would), and I would come off looking like some wise old beer sage.  At least that’s what I kept telling myself.

After what felt like 2 or 3 hours, the young feller emerged from the backroom empty handed.

He explained that he scoured every inch of that backroom but didn’t find the elusive beer anywhere.  Resisting every urge to call shenanigans, I slowly dragged myself out of the store to lick my wounds and devise a new strategy (a.k.a. contact my beer informant).

It’s pretty amazing (and borderline pathetic) what I will go through just to get my taste buds on a rare beer.  This whole episode made me do some soul-searching.  Is it worth sacrificing both time and dignity for what essentially amounts to several ounces of alcoholic grain-and-hop water?  Is the enjoyment received through these rare beers worth the legwork commonly required to obtain some?  Am I out of my mind for even caring so much?

I later determined that the answers to these questions are:  Yes, Yes, and possibly.

But ya know what?  It’s okay.  And the reason it’s okay is because we live in the greatest beer state in the country, and in all likelihood, there’s a beer geek just like me out in Idaho (or somewhere similar) who would go even further to get the chance to try a beer like Founder’s Doom.

Only they can’t.  Because frankly, they live in a beer state that’s inferior to ours.

As a Michigan craft beer honk, I vow to continue doing whatever it takes to have the privilege of trying our state’s amazing and delicious beer.  And I will make no excuses or apologies.

POSTLOGUE:  The next day I returned to the aforementioned grocery store and a different manager was able to locate the beer – and once again all was right with the world.