Fifteen miles or so west of Ann Arbor sits the town of Chelsea, which is commonly associated with Jeff Daniels, the Chrysler proving grounds, and the Jiffy baking company. Like many of it’s neighbors, Chelsea boasts a well-preserved 19th century downtown, and thankfully, a brewery now as well.

The Chelsea Alehouse, located at 420 N. Main Street, features a sizeable yet comfortable taproom, and a bar overlooking the brewing vessels in the adjacent room. There are both booths and tables in a variety of sizes, all of which help add to the comfortable atmosphere.

As the name implies, there are a number of ales on the taplist. Highlights were the rye IPA and rye porter…not sure what’s going on with the rye in Chelsea, but wow does it make some great beer.

The staff was friendly, the beers were plentiful, and in the end, it was hard to leave. The Alehouse really felt more like an Ale-HOME and we can’t wait to come back.

Now Spring has finally freakin’ sprung, we can all look forward to drinking some beer outdoors again…and Ashley’s in Westland has the perfect kickoff party – Cask Ale Fest. Here’s the official press release:

WESTLAND – The Michigan Cask Ale Festival returns Saturday, May 3, to Ashley’s Beer & Grill, 7525 Wayne Rd., with the largest lineup of cask-conditioned and served craft beers in the Festival’s seven-year history – and the largest available at one time anywhere in the state.

More than 30 cask ales from renowned breweries across Michigan, the U.S., and even the ocean will be pouring from noon to 5 p.m., while guests also enjoy live music, interaction with brewers and brewery representatives, a menu of premium snacks and entrees, and exhibits designed to highlight National Homebrew Day, which is observed on May 3.

Cask ale, also called real ale, represents the traditional, centuries-old way of serving ale, unfiltered and naturally carbonated by the live yeast in the vessel it’s served from. This cask conditioning results in a more complex, delicately flavorful beer, closer to the way the brewer intended than when it’s poured on a draft system. Even familiar beers long available in bottles or on conventional draft, which typically mixes the beer with extraneous CO2, can exhibit enhanced flavor when conditioned and served from a cask.

“Most venues don’t handle cask ale, or what we call ‘the craft beer of craft beer,’ because the living nature of the beers means they require special handling and serving techniques,” said Roy More, co-owner of Ashley’s. “As the market for craft beer expands, more and more beer lovers are seeking something special, and Ashley’s is committed to providing them with unique taste experiences they can’t find anywhere else.”

The Festival also brings in cask beers from across the country and border to border, from California (Green Flash and Lagunitas) to New York (Blue Point) and Maryland (Heavy Seas), from Louisiana (Abita) and places in between such as Utah (Epic) and Colorado (New Belgium). From England, Harviestoun brewery will be represented.

Tickets are $45 at the door, and each ticket includes 12 drink tokens (more can be purchased on site), program and tasting notes, and festival glass. Designated driver (DD) tickets are also available for a nominal cost. For the latest info on the Festival, including the list of rare and unique beers, visit micaskale.ashleys.com and follow the Festival’s Facebook page at http://www.facebook.com/pages/Michigan-Cask-Ale-Festival/113722341974871. Follow Ashley’s Westland on Twitter (@ashleyswestland) and use hashtag #micaskale.

Founded in 1983 next to the University of Michigan campus in Ann Arbor, Ashley’s has been proud to serve its guests a wide selection of great beers from around the world for over three decades. Today, as “Michigan’s premier multi-tap,” Ashley’s features an ever-rotating lineup of flavorful draft beers from nearly 120 different taps at our two locations in Ann Arbor and Westland, as well as more than 80 bottled beer selections.

Ashley’s was rated one of the Top 100 Beer Bars by DRAFT Magazine in and Top 50 Beer Restaurants by RateBeer.com and has been voted as having Metro Detroit’s “Best Beer Selection” by WDIV-TV4 viewers six years in a row.

Right smack dab in the heart of downtown Milford sits a great little BBQ joint with a whole lot to offer.

Smoke Street BBQ, located at 424 N. Main, appears small from the outside but seems to magically expand once you enter the front doors.

The menu is vast and varied, boasting both typical BBQ offerings (like brisket, ribs, chicken, and pulled pork) but also a large number of attractive appetizers and sandwich options.

There is also a large selection of Michigan craft beer, which is featured prominently on a large, colorful chalkboard.

We arrived at 5PM on a Saturday and were seated right away, but the crowd steadily grew. The dining area atmosphere is comfortable, and the server was friendly and attentive.

We opted for the BBQ nachos and BBQ pizza and really enjoyed each one. Short’s Yosemite Scooter was the draft choice, and a tough choice it was due to so many great beers being in the current rotation.

So in case you needed a reason to visit Milford, why not come for a little BBQ and craft beer – that usually does the trick. 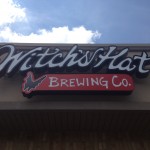 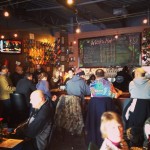 Summer 2013 in Metro Detroit is shaping up to be a memorable one for craft beer fans.  Here are three local festivals that we can guarantee* you won’t wanna miss:

Where: Grounds of the DTE Energy Music Theatre (www.palacenet.com)

How Much: $30 in advance includes ten 4-ounce beer sample

How Much: $45 includes serving cup and twenty 2-ounce samples 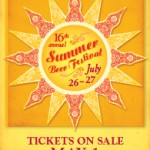